Are you a blogger? Here is what you need to know about GST

Goods and service taxes have been implemented in the recent of times and in such a short span of time itself, it has become the most used common word as well as a tool while filing tax returns. Even if you are a freelancer or a blogger you need to register for GST and pay it under certain circumstances.

The goods and services are divided into five different tax slab rates for the purpose of tax collection. The different slabs of tax rates that are being followed are 0%, 5%, 12%, 18%, and 28%. Some of the products that are not taxed under GST are petroleum, alcohol, and electricity. They are taxed separately by the state governments as per the previous tax regime itself. A tax rate of 0.25% and 3% are being taxed on rough precious and semi-precious stones.

Should I Pay GST?

Some states like Uttarakhand, Himachal Pradesh permits the exemption of GST only if the annual income is less than 10 lakhs and if the services are provided within the state.

Harmonized System of Nomenclature is an 8-digit code which is used for identifying the applicable GST rate on different kind of products based on the CGST rules and regulations. If the turnover is more than 1.5 crore but less than 5 crores then they need to mention the first 2 digits of HSN code while supplying goods on invoices. If the turnover crosses 5 crores for the year then they should mention the first four digits of the HSN code while supplying goods on invoices.

It is an electronic permit for shipping goods similar to waybill. It was made mandatory for inter-state transport of goods by a dashboard for accountants. It is purely in a digitalized format and has a critical anti-evasion tool which is used for checking tax leakages and clamping down on the trade that currently happens during the cash transactions.

A unique e-Way bill is generated either by the supplier or the recipient or the transporter. It could be in various formats such as a printout, SMS or even a written on the invoice. It’s main mechanism is aimed at plugging loopholes such as overloading, understating, overlapping etc. Each and every e-way bill has to be matched with the GST invoice.

Basically, the blogger provides internet real estate for companies as a host to their advertisements. Hence, a supply of service is made here. The blogger is the one providing the service, thus he would be called as the supplier. The payments for these are generally paid by the companies to the Google directly and in turn, the Google pays off these bloggers. They act as a clearinghouse between both the parties.

The blogger is actually clueless when it comes to the name of the company, whether they are registered under the GST or not, to whom they must raise an invoice and etc. The blogger contacts the Google for every single thing. A point to be noted here though is, the Google is neither a receiver nor a supplier. The company is the receiver of the service and the blogger is the supplier, here.

Bloggers earning below 20 lakh per annum need not pay the GST and those who earn above that must pay GST of 18%. They will have to file three returns a month in the state where they have registered. The first is for revenue, where GST liability has to be reported, the second is for expenses where a blogger can claim credit for items such as rent and other expenses incurred in the line of work and the third return is the Net GST Liability, which equals GST liability minus GST credit, which is the net tax. 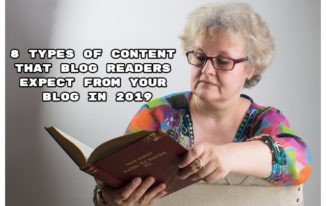 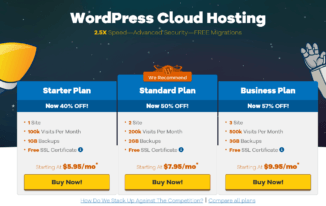 Start your own blog with Hostgator 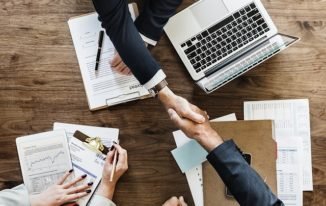