The best Android games of 2019

Android smartphones are mainly used for communication and entertainment. We use them to listen to music, watch videos, surf the Internet and enjoy our free time. On top of that, spending time playing mobile games is also a great thing. In addition, there are thousands of games on the internet. Without further ado, find below a list of the best Android games of 2019 that you can install on your phone and play as you please

My Enjoying Best Android games of 2019

Modern Combat 5: eSports FPS is an action game that can be played alone or in multiplayer. This game is slightly inspired by the “Counter-Strike” PC version in which you are in a group and you are trying to defeat other groups of players using traditional and modern weapons. However, this game is intended for adults but not for young people because it shows scenes of killing and reprehensible language.

Subway Surfers is an arcade game. Moreover, this game is like the popular game “Temple Run”, in which the character has to make an endless race trying to avoid different obstacles. In addition, you must collect coins in order to make the vehicle powerful. However, there are bonus energies on the road. You have to slide side by side so that you can change tracks while you race. In addition, you must also slide down to move forward and slide up to jump.

One of the best Android games 2019 is Swordigo. Indeed, it is an action-adventure game that allows players to jump, run, use magic spells and rotate their sword to defeat enemies. When a player has defeated his enemies, he will gain experience that will allow him to upgrade attributes such as power, magic or health. Download Swordigo 2 latest version for free.

Rolling Sky is a very simple arcade game that is considered addictive. The game involves a ball that rolls and jumps endlessly and the challenge is to avoid all the obstacles on the way. You have to move the ball forward and backward so you can collect gems and avoid falling on the edge.

Solitary! (Card) is a traditional card game that we usually play on our PC. It is now available on your Android phones. The goal of this game is to open all cards upside down and to arrange the cards digitally.

The next on the list is Candy Crush Saga which is a “Row Three” game. Two adjacent candies must be exchanged between several to form a row or column with at least three matching candies. The assorted candies will then be removed from the tray and the new candies will replace the place of those removed. The player will try to find more until he has completed the level. In addition, creating four or more matches can create a special candy that can erase an entire row or column when it matches.

If you like cooking games, then this one is perfect for you. By the way, this is one of the best Android games in 2019 because it is very addictive. In this game, you will be asked to cook different dishes by doing different activities, slicing the meat, cutting the vegetables, moving the food into the pan and placing the food before serving. In addition, there are tasks and each of them has mini-games that include food preparations.

Just like Candy Crush Saga, it’s also a matching game, but in geometric form or colorful bubbles. You will need to make a combination of 3 or more bubbles of the same color to pop them. Just clear all the bubbles to succeed the level.

Hill Climb Racing is a challenge racing game. In this game, you ride on different platforms using a vehicle. In addition, you can build your own vehicle and configure it according to your needs in the game.

If you are not interested in superheroes, then Marvel Future Fight is perfect for you. Each player can have a team of three superheroes. You must complete each mission and compete with other players. In addition, you can earn up to 100 Marvel characters and have their levels so they can easily defeat enemies.

In this game, you will build your own city. You can build different houses and establishments. In addition, you can earn money from these establishments that can help you build a prosperous and beautiful city. By the way, you will be considered mayor when you play this game.

In this game requires players to build your army and deploy your enemy forces. It’s a battle game in which you have allies and the goal is to defeat other teams or enemies.

This is a word game that allows you to find different words from letters that are placed in a saucepan. You will pass the level if you can guess all the words he asks you to provide.

My Tips: Now that you know the best Android games of 2018, here are some tips to register your Android game. Indeed, you probably want to record it to show your friends your scores. In addition, you can also use it if you are trying to make a game tutorial.

How to Rank your site in Google 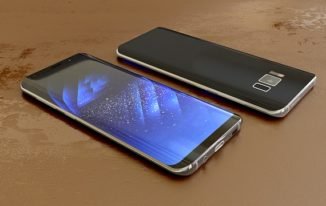 Everything About Samsung Galaxy S10: A Phone of Matchless Distinction 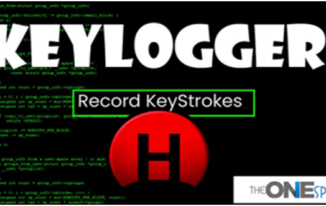 How to Track Android with Android Keylogger Application 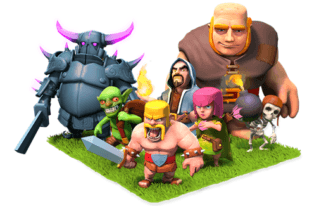 How To Quickly Setup Clash of Clans Multiple Accounts?